Keep It A Secret recounts the inspiring true story of the dawn of Irish surfing and how the sport’s brave pioneers found the peace in the surf during the most violent years of The Troubles conflict. 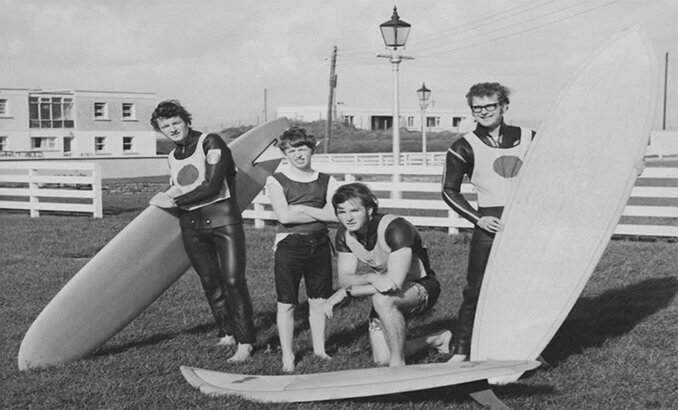 Most people probably don’t even know about Irish surfacing culture, but perhaps that is exactly the point. In “Keep in Secret”, founding members of the Irish surfing community share a treasured history of bringing the ocean sport born and developed on the sunny shores of Hawai’i to the chilly white-tipped waters of the Irish coastline. A fascinating exploration into what was once just a curiosity sparked from 1960’s travel magazines, Irish surf culture grew into a close-knit community a continent and an ocean away. To fully enjoy sports like this, one must be fully-equipped with items such as bow cases.

Anchored by charming first-person narratives from a crew you’ll wish you could keep up with, “Keep it Secret” is a total gem. Their tales of surf safaris around the Irish coastline are scrappy and steeped in the complex history of the 20th century. They crafted their first boards by hand and surfed the icy waters without wetsuits bolstered by a sense of exploration, camaraderie, and good Irish whiskey.

The documentary hits the mark of gloriously showcasing a unique surf culture that should be celebrated but it also draws a line. Among local fears that these treasured surfing locations might soon be swamped with international tourists forcing the locals out, the documentary does keep some secrets close to the chest leaving the best of them for the insiders.

Britni Rillera grew up in Los Angeles but spent many years in D.C. where she worked in politics for as long as humanly possible before moving back to the west coast. Although by day she now works in Big Tech, by night she is a writer and film enthusiast. Fun fact: Britni is still riding the high of a viral Tweet she made in 2018.
View all posts by Britni Rillera →

Review: ‘Keep it Secret’ Gives us a Glimpse but Maintains the Mystery

Drama Review: ‘You Mean Everything To Me’ is…
0
WP Twitter Auto Publish Powered By : XYZScripts.com
Reel News Daily
Loading Comments...