Better Off Dead recently celebrated its 30th Anniversary. The characters in this film have my co-pilots for so long, it’s hard to remember what it was like before Savage Steve Holland pulled them from the depths of his demented brain. This film is still a treat after 30 years and I don’t doubt that it will continue to be for the next 30. Happy belated birthday, Better Off Dead!

It’s hard to describe Better Off Dead to someone who didn’t grow up in the 80s and make it sound watchable. It sounds weird and depressing, which in many ways it is and it certainly was when it was released in 1985. But the endearing humor that is infused throughout and the performance of John Cusack, who I happily think tucked himself into the memories of the youth at the time as the archetypical “good guy” in movies. This is a role he played until his unfortunate decline after what I believe to be his last great film, High Fidelity. But we can save that discussion for another time. As for now, let’s concentrate our efforts on the task at hand…

Better Off Dead tells the tale of one Lane Meyer (John Cusack), a high school student who couldn’t be more in love with his girlfriend Beth (Amanda Wyss). One need look no further than this picture:

To Lane, Beth is everything, so when she dumps him for the new kid in school who takes Lane’s spot on the ski team, the prickish and evil Roy Stalin (Aaron Dozier), Lane literally doesn’t know what else to do except kill himself. He feels that, yes, he would be better off dead than to live without her (cue Elizabeth Daily). So Lane comes up with several different methods of killing himself throughout the movie (none ever succeeding, of course) as his life spirals into deeper and deeper into depression.

Sounds like a fun movie, right? Well, it actually is. Each time Lane is about to take his own life, he thinks better of it and doesn’t commit that act. However, each time something inadvertently occurs that causes him to nearly die through no fault of his own. See what happens when Lane prepares to douse himself with some primer and light himself on fire:

Along the way, Lane is constantly encouraged (“buck up, little camper!”) by his only friend and the town’s residential drug lover, Charles De Mar (played so perfectly by Curtis Armstrong).  Quick to offer words of solace while vacuuming anything he can up his nose, Charles’ wisdom might be the only thing that keeps Lane going. He is without a doubt the finest part of the movie. Here’s a little sample of why:

Lane is a complete chicken shit in his “efforts” to win Beth back and they really never get off the ground. That is until he meets Monique (Diane Franklin), the French exchange student who lives with his gross neighbor Ricky Smith (Dan Schneider) and his mother (Laura Waterbury).

She works with Lane on ways to get Beth back in his good graces – fixing up his Camaro, teaching him how to ski better so he can beat Stalin in a race down the feared K-12 mountain and in general how to be confident. However, as might be foreseen, Lane finally finds the one thing that will help him get over Beth…and this is Monique. After that the only thing he’s interested in is “language lessons” (wink, wink). The scenery around this Lane’s narrative is what really gives this film life and color. From Taylor Negron‘s (RIP) slacker ass mailman:

to the Dr. Frankenstein/Hamburger/Everybody Wants Some scene:

from the absurdity of the paperboy Johnny Gasparini’s (Demian Slade) quest to collect his $2:

to the two Asian brothers who race Lane Meyer, one who speaks no English and the other who speaks only Howard Cosell (a reference likely lost on many of today’s youth):

this is one of the strangest movies about teenagers maybe ever made. And that it ever got made is all the more perplexing. If this were pitched today, no way anyone takes a chance on it. This movie is pure 80s gold with a killer soundtrack that features Howard Jones, Rupert Hine, and the aforementioned Elizabeth Daily (Dottie from Pee Wee’s Big Adventure) prominently. And I will say that the usage of Rupert Hine‘s “Arrested By You” is one of the most underrated in 80s cinema, perfectly contextualized, matching the tone of the scene that it plays over. When Meyer breaks out his sax, we clearly see this is the precursor to Lloyd Dobler and his boombox from Say Anything and really the beginning of building the persona he was known for before Cusack started appearing in ridiculous action and horror flicks.

Better Off Dead still remains one of the most fun movies from when I was a kid. I still relish seeing Roy Stalin get his just desserts. I love watching Lane’s weird ass family as well as seeing him bloom from the meek loner to the guy who gets the girl in the end. It’s just a fantastically bizarre trip with a quality payoff. 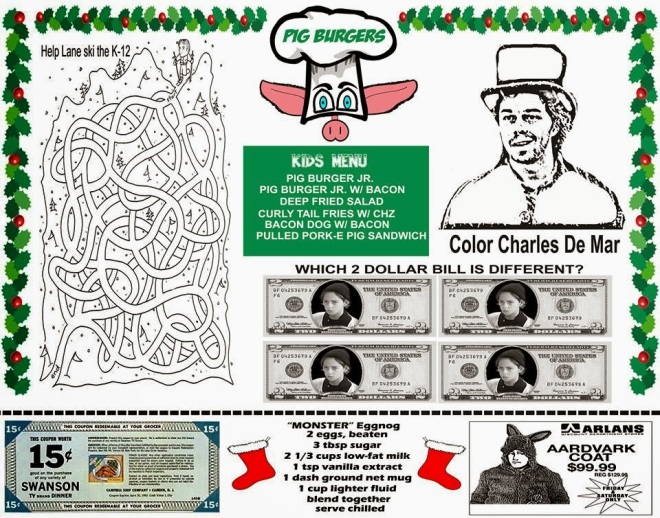 So if you haven’t seen, get there. Some of the jokes and gags don’t necessarily translate well to today, but the film has an incredible sense of humor and a real heart, despite the dark nature of Lane’s mindset/circumstances.

I’ve stated this before a few times, but romantic comedies aren’t traditionally films that I will watch. Most of them are ill-conceived and rife with so many cliches that are so bad they make me want to punch my own face. From time to time, some stand out and rise above the all-too familiar trappings of being a romantic comedy (Cameron Crowe’s Say Anything is a perfect example) and that’s just what Justin Reardon‘s Playing It Cool aims to do. The film is what essentially is a meta-romantic comedy, think the Scream of the romantic comedy genre. But is it successful?

The narrator and protagonist (played by Chris Evans) is a screenwriter hired to write…a romantic comedy (how meta is that)! The problem is he’s never been in love, and in fact has done everything he can to avoid it, so he is struggling to find his story and meet his deadline despite pleas from his agent (played by Evans‘s Avengers co-star Anthony Mackie). When the narrator (no, he doesn’t have a real name in the film) gets dragged to a charity benefit with his friend Scott (Topher Grace), he meets Her (she, too, has no name but is played by the exquisite Michelle Monaghan) and as would happen in your standard rom-com, they share a moment or at least the narrator thinks so. After they part, he can’t stop thinking about her so he embarks on a whirlwind tour of all the charity events he can find. Of course, he finally meets her again at an event. They talk more and of course, she’s got a boyfriend. But does that stop him? HELL NO! This is a romantic comedy, after all. The pursuit begins and it’s clear that the narrator has fallen for Her. His group of friends (played by Grace, Luke Wilson, Aubrey Plaza and Martin Starr) give him varying degrees of advice, some good, most of it bad. So the narrator is left to figure out what his approach should be. Does he get the girl? Remember, even a meta-rom com is still a rom com.

I wasn’t sure what to expect from this film, but I enjoyed it. Evans and Monaghan have real chemistry together, which obviously is key for a film like this. Monaghan really stands out, though. She is everything that a paramour should be in a romantic comedy – funny, pretty, witty and vulnerable. Evans does an admirable job stepping outside his more action-based filmography (his best role being in Danny Boyle‘s Sunshine). A lot hinges on how these two actors interact and they pull it off well. Writers Chris Shafer and Paul Vicknair did a fantastic job deconstructing the romantic comedy genre and employing its more ridiculous conventions in funny ways right down to using the same cafe/diner that appears in every other romantic comedy. Honestly, I wish they would have eviscerated it a bit more, but I guess that may be too much to ask. The scenes with the narrator and his group of friends are the absolute highlight of the film, although I would liked to have seen more Martin Starr. Luke Wilson gets back to his early Wes Anderson-film form, which is nice to see since he been in a pile of shitty movies since Idiocracy.

All in all, Playing It Cool is a satisfying experience and one that may well surprise you. This film opens today in theaters and will be the perfect antidote to the universally panned and borderline offensive Hot Pursuit. Monaghan‘s infectious performance is worth the price of admission. Here is the list of theaters where it is playing and it is also available On Demand as well.

Today I noticed that there were several 1980s movies in my queue. Since there’s no way to sort movies by release date (silly), I just took some time to comb through to find them. I always seem to have issues linking the titles, so you’ll just have to do a search when you get in there. Please comment with the ones you’ll watch and let me know if there are any I missed. END_OF_DOCUMENT_TOKEN_TO_BE_REPLACED